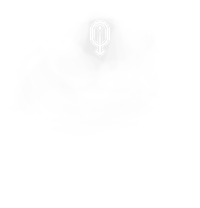 Our world is more and more interconnected. Vast amounts of data are exchanged and processed every second. Semiconductors and sensors form the basis for this digital world. Comet technology enables the efficient and resource-saving production of increasingly powerful, complex and smaller building blocks of the digital world.

The semiconductor industry has matured into one of the largest and fastest-growing markets. Trends such as the rise of the Internet of Things, artificial intelligence, the cloud, and autonomous driving provide key impetus for a more sustained, more stable semiconductor demand over time – even when taking into account the fluctuations typical of the sector. The gradual introduction of 5G standards is also paving the way for the coming even faster exchange of large quantities of data and thus for a new burst of technological development. The industry will have to expand its production capacity in order to meet the global need for semiconductors.

The speed of these changes is difficult to predict and depends in part on global developments. The fact remains, however, that demand in the semiconductor market is supported by a large number of mutually reinforcing trends.

“We are clearly focusing the Group on the high-growth semiconductor and electronics market.”

Chairman of the Board of Directors

The fabrication of high-performance microchips involves a growing number of process steps and, for every plant, requires ever more precise, highly reliable and stable plasma control modules such as Comet offers. In addition, there is a rising need for integrated, software-based solutions that allow the manufacturing of microchips to be continuously improved and accelerated. As the global market leader in vacuum capacitors and impedance matching networks, Comet aims to provide semiconductor equipment suppliers and chip manufacturers with the latest solutions to their growing challenges. Comet will do this through innovations – led by the RF generator currently in development that will support data-driven process analysis.

Electronics firms are increasingly automating the production of critical components, building them additively, making them smaller and using less and less material. Individual microchips are combined into high-performance packages. Reliably inspecting the connections within and between these chips requires ever more use of high-resolution x-ray technology. As well, manufacturers are placing growing emphasis on high-volume series testing and the continuous improvement of their processes. Only in this way can they safeguard the quality and reliability of products used in safety-sensitive segments such as self-driving cars. Comet is addressing these trends by strengthening its x-ray product portfolio and investing in the expansion of data analytics and the development of new services based on artificial intelligence. As the market leader in x-ray tubes and one of the top equipment suppliers for in-line and 3D inspection of electronic components, the Comet Group is well positioned with its two x-ray divisions to help industry master its challenges.

In 2019, in order to utilize the large potential of digitalization, the leadership team revised and optimized the Group’s strategic direction. The Group will concentrate on its established technology segments of plasma control and x-ray, and thus on its three divisions Plasma Control Technologies, X-Ray Modules and X-Ray Systems.

Comet is bringing down the number of markets from more than nine to four, now focusing on the semiconductor and electronics market and the three further high-volume markets of aerospace, automotive and security. Comet expects that, in the medium term, up to 70% of the Group’s total volume will be generated in the semiconductor and electronics market. It also sees attractive potential for its x-ray business in the aerospace, automotive and security inspection markets:

Over the medium to long term, automotive and aerospace should benefit from the global growth in population and purchasing power and the rising pressure on manufacturers to introduce more efficient motors and engines.

The increase in energy-efficient electric and hybrid vehicles is associated with rising demand for semiconductors, more powerful batteries, and components that ensure maximum safety even in autonomous operation.

In the security market, demand for x-ray solutions for the screening of baggage, freight and parcels is expected to be buoyed by tourism, immigration and the rapid growth in e-commerce.

Applying important operational and strategic levers, the Group is combining resources and strengthening its organization, as well as expanding its presence in Asia as a crucial market region. Comet plans to become more high-performing, more flexible and faster.

Comet presents its repositioning as well as “Boost”, the Group-wide growth and efficiency program.

I agree with external content being displayed to me. Personal data may be transmitted to third-party platforms. More Information - Data protection